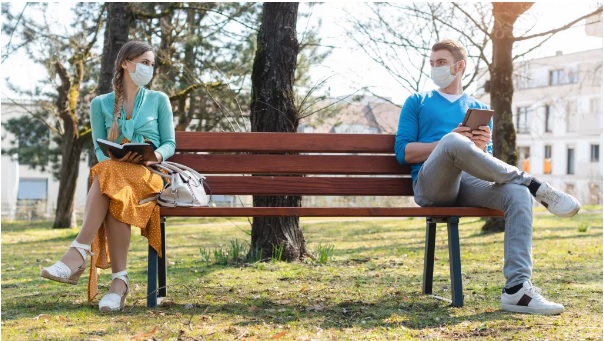 Google had launched an experimental social distancing app that uses augmented reality to help you keep the recommended two meters away from other people when you're outside.

Sodar (presumably short for 'social distancing radar') is a web app that displays footage from your phone's camera and superimposes a two-meter wide circle around your device so you can easily see if you're too close to others nearby, or if you could afford to shuffle a little closer.

There are a few drawbacks, however. The tool is only available for Android devices, so iPhone owners are out of luck, and it will only work in Google Chrome.

How to use it:
To use Sodar, you'll first need to install Google Play Services for AR (formerly known as ARCore). This will allow you to use all kinds of augmented reality tools on your phone, and automatic updates mean you won't need to download extra software as the technology matures.

Once that's done, visit the Sodar website and confirm that you'd like the app to create a 3D map of your environment and track camera motion. Your camera's images won't be transmitted anywhere; they are only used on the device itself.

You'll be prompted to point your phone's camera at the floor and move it around, after which the two-meter circle will appear superimposed on the screen, with a patterned overlay indicating your personal space.

Sodar is quite simple, and unlike a virtual reality headset, it doesn't take into account furniture and other objects when mapping your space. However, it's a handy tool to have available, particularly when you're doing essential shopping or talking to a friend and want to ensure you're keeping your distance.

Source: https://www.techradar.com/
You must log in or register to reply here.

iToken Dumper setup + Video Tutorial + Fix can not open for any PC.